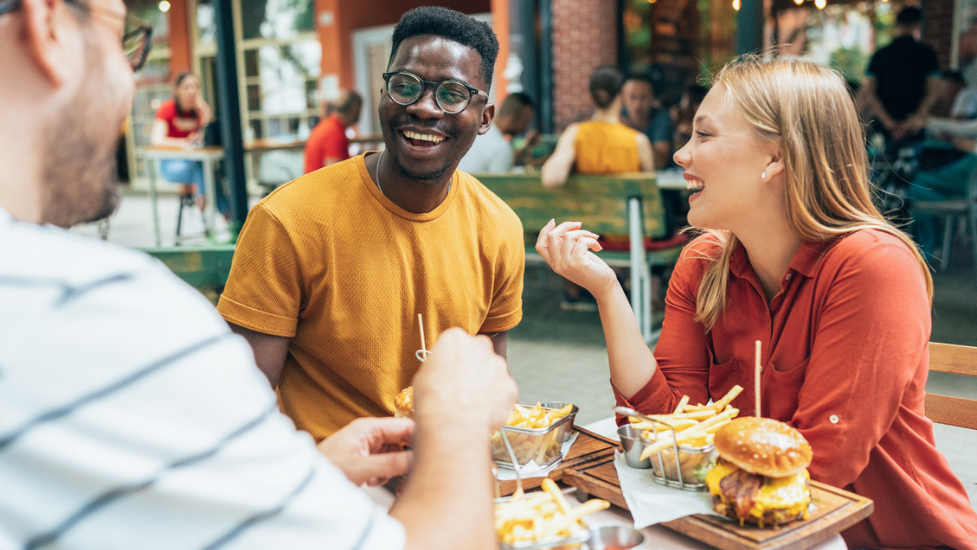 Looking for something fun to do in Edinburgh with your new housemates or new found friends? Edinburgh's a lively city, with plenty of interesting activities to try. ﻿

Whether you and your mates﻿ like to kick back with a film, be at one with nature or challenge your minds with interactive experiences, you won't be short on options to fill your free time.﻿

Check out some of the best things to do in 'Auld Reekie' below!﻿

Camera Obscura & World of Illusions﻿ is one of the most popular attractions in Edinburgh, and for good reason! Located in the Old Town area of the city, in and amongst the city's oldest landmarks, this modern museum ﻿is filled with mind-bending illusions and amazing hands-on experiences. It's spread across six floors and even features a rooftop terrace, with premium views of Edinburgh's skyline, and a telescope to get a closer look of the city and beyond. There's enough to see and do to keep you occupied for hours. ﻿Tickets cost £17.95 for students. Book your time slot here!

﻿If you all love nothing more than a stroll and a healthy dose of fresh air then your first port of call should be Arthur's Seat. Based in Holyrood Park, Edinburgh's biggest park, this extinct volcano brings a touch of the countryside to the city centre, thanks to its rural looking landscapes on the ascent.﻿﻿﻿ ﻿Once you reach the 250m tall summit you'll be rewarded with fantastic views of the city. If you don't fancy the climb, amble around the park's 650 acres of greenery and lochs for a relaxing couple of hours. ﻿

﻿Split your sides at a comedy night

﻿Edinburgh is home to the Fringe Festival, which is the largest arts festival in the world and features tons of up-and-coming and seasoned comedians. However, to get a taste of Edinburgh's comedy scene you don't have to wait until the month-long festival in August. There are plenty of venues in the city that host some of the best local talent ﻿all year round﻿. ﻿Monkey Barrel Comedy is one of the most popular comedy clubs in the Scottish capital and makes for the perfect place to have a few laughs with your mates.

﻿If you and your friends consider yourselves film buffs, why not head to Edinburgh's century-old picturehouse? Cameo Cinema shows a mixture of independent films and mainstream releases to suit everyone's tastes. Tickets for students cost £9.60, but you can buy a student membership for just £20 a year, and receive 2 free tickets as well as lots more perks like ticket discounts and 25% off food! There is also a bar which has a large selection of food and drink and it's also dog-friendly.

﻿Towards the north of the city is Edinburgh's Royal Botanic Garden. The 70-acre green space is jam-packed with over 13,000 living species across its gardens, with plants sourced for all corners of the globe. Admission to the Botanics is free, so it makes for a great budget option, especially on a hot summer's day! ﻿

﻿Think you're smart? Gather ﻿your mates and head to Escape Reality, where you'll have to work together and solve a range of problems in order to escape a locked room. The venue has a variety of games varying in difficulty, so don't worry if you've never done one before. The more people you have with you the cheaper it'll be per person, not to mention that you'll also have more brain power between you! Tickets cost from £18 per person, and you can book your game here.﻿

Get your friends together for one of these activities today!

5 things to sort before moving to uni

Getting around in Edinburgh

Packing for university | What to bring

What not to bring to halls

THE guide to doing laundry at Heriot-Watt

Get to know: Edinburgh Campus

We're on the lookout for Digital Creators!

What's provided in a Traditional Building?

What to pack: International guide