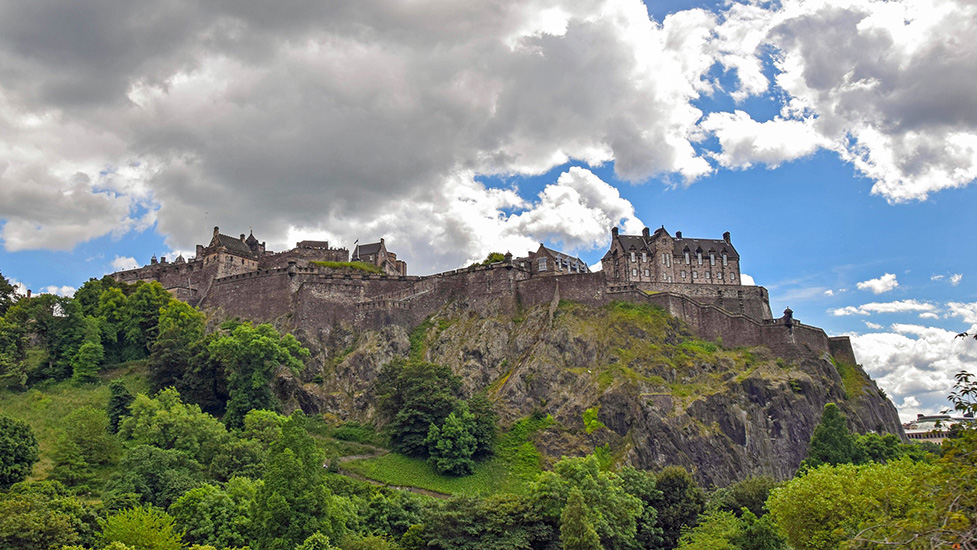 Josh's Blog: 4 places to visit during your time at Heriot-Watt

1. Pentland Hills
If you’re at all the outdoorsy kind of student who enjoys anything from a gentle stroll to a long run or a day spent mountain biking, then the Pentland Hills are directly accessible from Heriot-Watt, barely 3 miles away. If you’re coming to Heriot-Watt for the first time, head up to Harlaw, ﻿Pentland Hill is just past Currie.

From most of the hills on the city-facing side of the Pentlands, there are stunning panoramic views of Edinburgh to be seen. If you’re feeling adventurous, then there’s always the Pentland Skyline route, taking in the 5 most prominent peaks. This route is 16 miles and climbs 6,200 ft of elevation gain.

2. Union Canal
﻿Fancy a scenic run/walk/cycle anywhere from the centre of Edinburgh to Falkirk? The Union Canal towpath snakes out of the city centre and out all the way to Falkirk! It passes less than a kilometre from Heriot-Watt Boundary Road North, and a 5k walk away from Edinburgh takes you to Ratho Marina, an incredibly cool sight of boats parked outside their owners’ waterside houses!

FUN FACT: ﻿Union Canal was originally opened in 1822, and famous scientist John Scott Russell first discovered the soliton wave by observing canal boats bow waves travelling at 14kmph where the now-named Scott Russell Aqueduct exists. If you’re studying physics or maths, this will definitely be of interest to you!

3. Commonwealth PoolLooking to swim, but not interested in swimming competitively with the HW Swimming Team? The Edinburgh Commonwealth Pool is an incredible 50m Olympic Size pool, complete with diving boards and a gym complex. Sometimes it's refreshing to get off campus, and I found going swimming at the Commonwealth pool twice a week to be ideal! ﻿

TRAVEL TIP: If you’re wondering how to get to the Commonwealth pool quickly, or into Edinburgh much quicker than the bus, consider travelling by the Edinburgh Park Tram. Personally, I used this all the time as they allow bikes onboard outside of peak rush hours. Cycle from Heriot-Watt about 7-10 minutes to Edinburgh Park, then take the tram to Prince's Street or Haymarket. Once in Edinburgh, anywhere is in striking distance via bike! Or, cycle back via the Union Canal Towpath.

﻿4. Portabello
Portobello is a lovely little suburb of Edinburgh nestled on the sea shore that I had no idea about until during my second semester﻿ at Heriot-Watt. There are many great pubs and cute oceanside properties, and it’s a lovely place to spend a relaxing sunny afternoon next to the beach. If you’re there during the winter, take a brisk stroll along the promenade, then relax in the local pubs which boast open fires for a cosy experience!

To get to Portobello is easy – there’s a bus from Heriot-Watt regularly that takes you all the way there with no changes necessary.

JoshuaBlogger studying Business and Finance and likes to get involved in LOTS of sports including football, volleyball and the triathlon.
View All Posts

5 things to sort before moving to uni

Getting around in Edinburgh
Popular

Packing for university | What to bring

What not to bring to halls

THE guide to doing laundry at Heriot-Watt

Get to know: Edinburgh Campus

We're on the lookout for Digital Creators!

What's provided in a Traditional Building?

What to pack: International guide